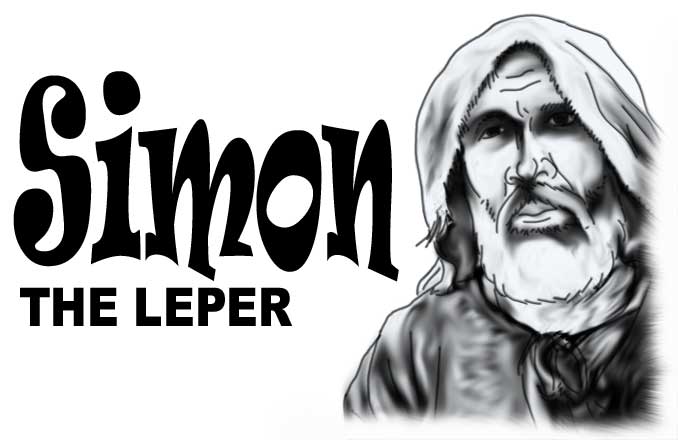 “You… have… leprosy…” These words kept echoing in Simon’s head throughout the long night. As the sun broke the horizon, Simon refused to get out of the cot, but he was wide awake.

Before the priests left him, which was two days ago, Nadab asked him, “What have you done, Simon, to incur God’s ire so? A man of your standing… falling lower below the level of a… common sinner. What have you done?”

To this day, his mind was still in turmoil wondering how he got leprosy but more so on the why. He always thought he was in God’ good graces. His business was doing very well. His children are healthy. He did all that was required of him according to the law. Even when he lost his wife, he still brought the proper sacrifices. So, why did God allow this harshest of punishment on him? Unless, he was truly unworthy. For why else did he get leprosy? His mind went around and around with these thoughts like a vicious circle.

At end of the fourth day, hunger won out against depression. His brother, Tahan, was the one who brought the food.

“Simon,” Tahan said as he placed the basket of food on the floor then retreated back to the top of the stairs. “What is the plan, brother? You have not come out for days. This is not like you.”

“Well, brother, there is this thing in me called Leprosy,” he said sarcastically. He picked up the basket and went to sit in the shade. “Did you talk to Nadab?”

“Yes. He gave us instructions.”

“Did he mention about me going to the leper colony?”

“He still think you should go there. But from what I hear from our relatives, you don’t deserve to live the rest of your life in luxury and in safety.”

“How about you, Tahan? Do you agree?”

“You should know me better than that, brother. I am not our cousin.”

“Yes, I know that. Forgive me. There is such bitterness in me. And I am not talking against our dear cousin.”

“Simon, it is not yours or even my place to lay blame on our Lord. Do you remember our late father’s lesson from Job?”

Simon blinked with realization, for he was just thinking about Job. He and Job did share similar spiritual dilemma. Job was a rich man that lived his life to please the Lord. Somehow, the devil convinced Him to withdraw His protection from Job as a test. First, Job lost his business. Then, his children died in a freakish accident. Finally, Job himself was struck with terrible boils from head to foot. In despair, he sought the reason first among his friends who were not very helpful. Then, he cried out his frustration in a very long prose to Heaven. He probably didn’t expect Heaven to respond but, then in God-like manner, from the midst of a dramatic whirlwind, God answered him. In the long run, Job was humbled and repentant. At the end, God restored his health, increased his wealth and even his family increased by giving him more children.

Simon propped up his head, showing a little sign of hope. “Tahan, do you think I am being tested?”

“Being tested?” Tahan asked with a slight frown.

“Yes… like the way Job was tested.” Simon, not waiting for him to answer, exclaimed some more. “It makes sense, Tahan! By the life of me, I just don’t understand how the Lord could just punish me like this. For am I not like Job?”

Tahan nodded quietly but not showing any signs of conviction. But Simon was elated by the concept. When Tahan left him, he could hear Simon busily moving around on the roof humming to himself.

Author’s note:
Though my story is basically fiction, the character of Simon the Leper is an actual Bible personality who actually lived in Bethany, a village in Judaea on the southeastern slope of the Mount of Olives. He is only mentioned in two verses in the Gospels according to Matthew and Mark. There is no other reference of him in the Bible. So, I asked myself, ‘what was his story? How did he catch leprosy? And how was he cured?’ There are many such characters in the Bible, many of them had no names at all, but yet there are worthy stories to tell about them. With the help of some sanctified imagination and some artistic license, I felt their stories should be told especially of their faithful encounters with Jesus Christ.

One thought on “SIMON THE LEPER part 5”