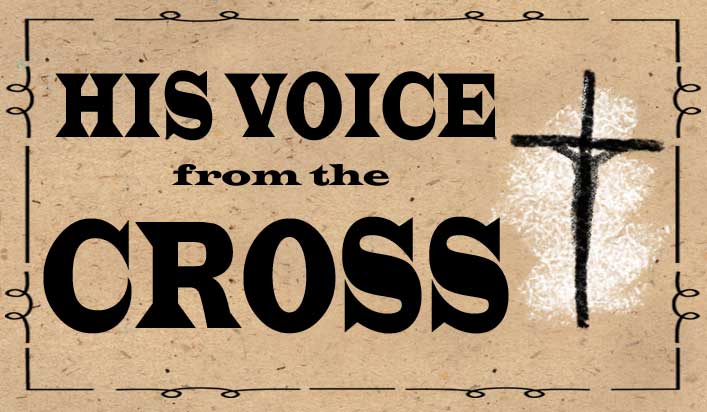 THE THIEF’S GOSPEL
by J. Quisumbing

The thief was getting less groggy now. He remembered drinking some offered wine that tasted sharp and quite acrid. This wine usually was offered to the condemned before the crucifixion to deaden the pain. It didn’t work fast enough.

Now, that his mind cleared, he had to cope with the pain. To do this, he busied himself by scrutinizing his surroundings. He did this very well, especially when he cased a place he wanted to rob.

Execution hill, he knew so well. He had watched the conquerors kill many of his people on this hill since he was a boy. He shook his head. He never thought that he himself would ever end up here.

He looked to his right. He saw no other crosses. He looked to his left and saw only two. He recalled more crosses on this hill and along the road in the past. He was situated on the farthest cross on the right facing the busy road that went into the city. He saw that his partner in crime was on the farthest cross to the left. The middle one was occupied by a man he could not recognize. By the look of him, the conquerors must really hate him. He was definately flogged and on his head was a makeshift crown of thorns. The thorns were at least an inch long and they clearly embedded deep into his scalp. Blood covered his face. He asked himself, why do they despise him so? And not just them, as well. From the big crowd below, he recognized the well dressed leaders and high level priests of his people hurling insults at him. The only other person that could irritate them so, was a roving rabbi from Galilee.

He quickly looked back at him with his eyes wide open. They are crucifying Him! He heard him teach a number of times in the Temple Courts about the Kingdom of Heaven. Oh, he so wished that he could go there, but because he was a career thief, the religious teachers would say otherwise. He believed them and felt that he could not change and there was no hope for him. Until he witnessed something incredible.

He was hiding in a robber’s hole in a quarry used as burial sites for the rich from a nearby village. He and his parter were being hunted by soldiers who almost caught them ransacking their quarters. The thief was holing up in his hole when he observed a funeral procession of a young man from a rich family. Four days later, a large crowd of people gathered around the the burial site of that young man. Among the crowd was the rabbi. The thief was intrigued and decided to come out of his hiding hole.

He watched the rabbi instruct his followers to roll the grave coverstone away even after the cautionary advice of decaying odor from a 4 day old corpse. After the stone was rolled away. The rabbi looked up and prayed, “Father, I thank thee that thou hast heard me. And I knew that thou hearest me always: but because of the people which stand by I said it, that they may believe that thou hast sent me.” (John 11:41-42)

Then he called into the tomb and commanded that the dead man come forth. At first, nothing. Then from the inside the darkness, he could just make out some slight grayish movement. He felt the hairs on his back stand up. The crowd was startled with women screaming as a bound hand came out of the darkness grasping the entrance wall. The rabbi reached in, grasped the other hand and helped the struggling bound man out. He brought this man back to life.

They say that the rabbi from Galilee may be the Messiah. He was never a good student so he was not exactly sure what a Messiah is. But if a Messiah does what this rabbi did, he is truly worthy of following. He could change for him. The thief did make the decision to turn a new leaf. He was so elated that he did not even notice that he was surrounded by soldiers. Apparently these soldiers already arrested his partner who told them where he was.

Then he heard his partner hurl insults at the rabbi, “Aren’t you the Messiah? Save yourself and us!”

Then the thief bolstered himself up and called out. “Do you not fear God since you are under the same sentence? We are punished justly, for we are getting what our deeds deserve. But this man has done nothing wrong.”

Then he noticed that the prisoner on the center cross was looking towards him. He did not say anything, but the thief felt that the prisoner was waiting for him to say something. The thief took a swallow and said, “Lord… remember me when you come into your kingdom.”

Then the prisoner said…

The Bible does not really say what else happened to that thief on the cross except that before the day ended, his legs were eventually broken by the executioners to hasten their deaths. He died. And that’s it.

But allow me to surmise based on all biblical stories of those that believed in Him who gave Himself on the cross. I can imagine the thief dying with no fear and then waking up in the middle of a beautiful garden that he had never experienced ever. In that place of paradise, which I truly believe is the Garden of Eden, the thief and those that believe after would find the Lord there smiling. I confess that I myself had dreams of that place. But that is a subject for another time.

Take note that the story from the perspective of the thief is the product of my creative writing, however the quotes are from the King James Version Bible.

I really hope we can have a conversation. Please contact me here at Facebook MESSENGER by audio from 3-5pm Monday to Friday. Scheduled small group chats can be organized as well. Or send me a message HERE.