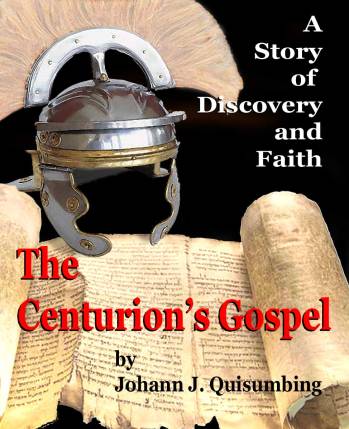 Then he turned to Arturos. “Tell me, Tribune. Was it not his task to keep me from these kind of surprises?” He again looked at Cornelius and asked, “Who did you bring in?”

“I’m sorry, sir. The prisoner is the Nazarene, sir”

Pilate looked at him questioningly. “The Nazarene? You mean Jesus of Nazareth? What in the name of Jupiter is going on? Why did you arrest him? I thought he was no threat.”

“Sir, he was not really my prisoner. I took custody of him from the High Priest.”

“The High Priest! Talking about a thorn on my side!” After some silence, he said, “Wait! He is out there, isn’t he? He is the one that riled up the populace to gather at our footsteps, didn’t he?”

“Yes, sir. I believe that may be his purpose.” Cornelius suddenly felt a little hopeful.

“Very well,” Pilate said. “Let us get ourselves outside and play along in their charade.”

Just as they were to go through the main gate, several trumpets blared out announcing that the Governor General is about to hold court. Pilate, striding with all the dignity of his office, took his place on a gilded throne under a canopy. He was flanked on both sides by his officers and sitting on a stool below him was a court recorder.

Pilot then called for the prisoner to be brought before him. Jesus was brought to the ledge of the platform so that the Governor and the people can both see him. Then the Governor lazily raised his hand to Tribune Marcianus to proceed.

Tribune Marcianus stepped forward and announced to the crowd, “By the authority of our glorious emperor and the senate, the Roman prefect and Governor General of all Palestine hereby declare that this court is ready to accept any grievances for judgment.”