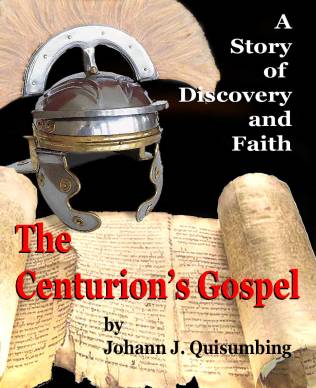 At his usual spot, on the steps of Solomon’s colonnade, just across from the steps that led into the Temple, Jesus was again teaching the people. But this time, there was a greater number of the ruling class occupying the platform and steps just across from him. It was John who spread the word among the disciples that Annas, the former High Priest and unspoken leader of the ruling class, and his son, Caiaphas, the current High Priest were among them. As he taught, the people and many who were there to oppose him were astonished with his words. Cornelius who kept his eyes on the leadership noted that the High Priest was showing concern that even his people were being swayed. He turned to someone just below him and gave a single nod, like it was a prearranged signal.

Then a teacher of the law stepped up to the edge of the platform wearing a rich robe of purple with gold trimmings. Cornelius surmised that probably he was their best orator. But instead of talking to the crowd, he loudly addressed himself to the leadership.

“My Lords! This man here is no teacher of the law; for he has never been among us who have spent everyday of our lives studying under the great rabbis of our time. He is uncouth and lacks the sophistication of anyone of our learned teachers. He is, after all, just from Nazareth and a carpenter’s son at that.” The men around him laughed. “How can this man be the Messiah? He openly consorts with sinners! Even one of his closest followers is a notorious tax collector.” There was more laughter. The orator continued on maligning the character of Jesus, but this time he was talking to the crowd. For fifteen minutes he twisted the teachings of Jesus and mocked them as nonsense. “It is better that you return to Galilee and teach to the sheep and goats.”

Cornelius scanned the faces of the crowd and saw that most were frowning and not happy with the orator’s words. The orator too noticed that he was losing the crowd and looked nervously back at his superiors. Jesus on the other hand was of picture of calm and serenity still sitting on the top of the steps politely allowing the other to make his point. Somehow, it had occurred to Cornelius that Jesus was waiting for this moment. Jesus made the decision to a stay a week longer beyond the festival; teaching everyday at the temple courts. Now the leadership of the ruling class was there standing across the court yard from them. This was what Jesus was waiting for. He knew he was going to go head to head with them.

The orator, needing to illustrate that Jesus is a false teacher, brought up one of Jesus’ controversial lessons that he gave some months back in the synagogue of Capernaum. This was the hard lesson when Jesus openly declared unless they ate his body, they can never enter eternal life.

“The nerve of this man!” the orator exclaimed quite dramatically. “Do you not see how ridiculous the things that this man teaches? Again I ask you all, how has this man become learned, having never been educated?”

Jesus then stood up and gave him his answer! Cornelius whispered to himself, “Here we go!”