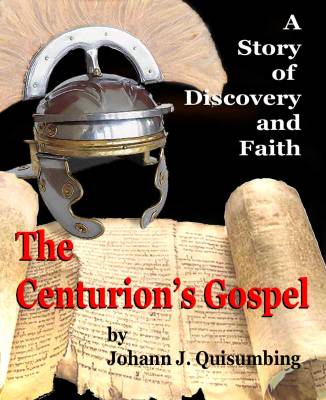 The main Temple complex was built on a four foot height base platform about the same height of the platform that the columns were sitting on. This gave Cornelius a chance to see above the crowd’s heads all the way into the complex. The Temple itself, sitting on another raised platform, was flanked by two battlement walls with three watch along both sides. The main entrance of the complex were three arches; two small ones flanking a larger one. His eyes can only see as far as what Jacob explained to be the Court of Israel. Clearly he saw that only the men of Israel were allowed there. However, he can see women in a sectioned part of the Court of Israel which is referred to the Court of Women.

At the far end of the men’s courtyard was a line of columns and three doors; two single doors flanking a much larger double doors, which were all open. He could just make out another courtyard in the other side. Jacob pointing said that inner courtyard was called the Court of the Priests. Cornelius could just make out two prominent large objects which dwarf the priests near them. One of them was a giant bronze bowl sitting on twelve bronze oxen. It was called the Sea. Water is said to be piped in to keep it filled to the brim which the priests would use for ritualistic cleansing. The other was the bronze altar where the priests have to climb seven steps to offer the butchered animal for sacrifice; laying the meat pieces on a grill over the fire which is kept alive by the priests through out the year. Because today was also considered the Feast of First Fruits, priests can be seen casting baskets of grain into the fire. Behind the working priests, up twelve marble steps is the temple foyer with its beautifully carved doors inlaid with gold trimmings. The doors were closed for only the High Priest and other high ranking are allowed to see the inside.

Cornelius was experiencing mixed feelings. Since he was a child, this temple was just stories to him and yet every one of those stories told him that this temple represented a promise of closeness to their God; a closeness that was not offered in any of the temples back in Rome. Cornelius then realized that he was standing here, a stone’s throw away, he too desperately wanted to get close to God. But then seeing the many signs along the balustrade in both Greek and Latin that no Gentiles are allowed to go further than the entrance, he felt cheated and even more longing. His eyes began to water but he quickly wiped it away as he felt that there were eyes upon him. Then he noticed that Jesus was looking at him.

John, the brother of James, came to Jesus from the crowd. They all retreated deeper into the columns to talk.

“I spoke to a relative of mine who is a priest. He said that the High Priest and the chief priests were looking for you since yesterday. They gave orders to the temple guards to separate you from the crowd and bring you to them. They now think that you are not in Jerusalem.”

Peter pleaded, “Master, it is as you said. Our religious leaders have plans to do you harm. We must be away from here.”

Jesus listened to all the other disciples’ arguments silently then nodded his ascent. So, they started to walk towards the nearest exit. As Jesus came out of the columns into the sunlight, he paused and looked around at the milling crowd. Cornelius knew that he had a change of heart. To the visible dismay written on Peter’s face, Jesus removes his prayer shawl that hid his face then stood at the top of the steps of Solomon’s Colonnades and started to teach to the crowd.