TO JERUSALEM – Magdala to Jerusalem 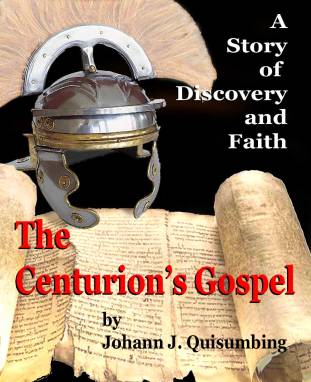 On the third day, they reached the end of the escarpment in the region of Perea. As the rest were working their way down from a plateau, Cornelius and his group went to the edge for a better look. Below them was a low lying land with the Jordan River in the middle snaking its way from the north finally spilling into the Salt Sea in the south which was three times as big as the Sea of Galilee. The vast valley below them was vast and much greener than the barren area they trekked on for the past two days. The valley was flanked by two high ranges: the eastern Perean escarpment which they were on and the Judean Highland in the west which rose higher.

“Behold,” Jacob said to Trax and Cestus, “this is the Jordan River Valley where my ancient relatives, after forty years in the wilderness, was led by Joshua to here, the gateway into the promised land. Now, do you see that high peak over there?” He was pointing southeast from them to a mountain peak that rose higher than the escarpment. “That is Mount Nebo! That is where God permitted Moses a glimpse of the land he could not cross over to. To this day, no one knows where he was buried.”

As Jacob retold that story, Cornelius’ focus was toward the west, up in the Judean Highlands. There lies Jerusalem. For a year, he looked forward to this day; to cast his eyes on the legendary city.

They caught up with Jesus and the disciples who waited for them at the river. Fortunately, the river level was not too high which made it easier to cross. Not wanting to be recognized, they skirted around the city of Jericho then followed a group of singing pilgrims up the Jericho Road. At dusk, they decided to go off the road to the east side of the Mount of Olives and make camp for the night.
At day break, Jesus led them to top of the mount where Cornelius got his first sight of the famed city. The Mount of Olives rose higher than the city providing them with a fantastic view. Jerusalem was a walled city heavily fortified with forty-foot walls with massive watch towers every two hundred paces. From the ridge that they were on, they had a frontal view of the southern and the oldest part of the city. The lower city as it was known was originally built on a deep ravine. The structures were mostly of the squared houses that can be found throughout Palestine but tightly packed to each other. Cornelius recalled that during the time of Abraham, it was originally known as Salem occupied by the ancient Jebusites. When David became king, he captured the city and expanded it to include the City of David. The City of David was series of walled-in palaces built on a long narrow finger of a ridge over looking most of the lower city. The farthest part of Jerusalem that Cornelius can see is the upper city. The contrast between the upper to the lower was quite evident. The upper’s architecture was more of Greek and Roman designs with their signature red roofs and its many spires. Clearly, they were the dwellings of the higher class.

The most prominent structure of the whole city was the massive Temple Mount. From their high vantage point, Cornelius could just make out the Temple complex and part of the open courtyard floor at the farthest side of the mount. The rest was hidden behind the tall perimeter walls and battlements. The east side of the mount was a sheer wall that rose from the floor of the Kidron Valley up to what Cornelius estimate was about two hundred feet high; about thirty feet height of which is the perimeter wall that surrounds the complex. The rest is the massive foundation. Cornelius imagined King Solomon tasking tens of thousands of workers spending most of the forty years it took to finish the temple to filling in deep ravines and valleys with layers upon layers of earthworks; until it was filled up to the level of the original mount. He had to appreciate what it took to complete this monumental endeavor.

Cornelius gaze shifted as his eyes were attracted by the sun’s glare reflecting off the gilded moldings on the crown of a tall structure covered with marble. Even from this distance, the edifice was majestic to look at as it was meant to be. For that building which lies at the middle of the temple mount holds ‘the Holy of Holies.’ Cornelius remembers that there are two chambers within. The largest was called ‘the Holy Place.’ Only priests were allowed to bring in the grain offering, to light the incense and the seven candelabras. In ‘the Holy of Holies’, once a year, only the High Priest may enter to present the blood offering for the sins of the whole nation. Inside that most important chamber lays the Ark of the Covenant. Of course, Cornelius knew it was a facsimile of the original which was either lost or hidden. For this temple was ransacked several times in the past.