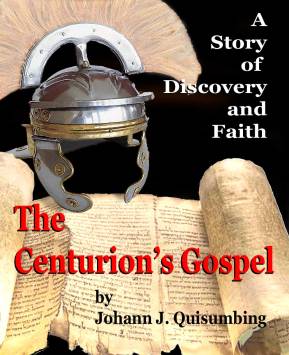 On the Sabbath day, Cornelius was summoned to a meeting with Arturos at the Bethsaida garrison. The meeting lasted for two days. Contingent plans were laid out for the transfer of the Governor General’s seat of power from Caesarea Philippi to Jerusalem next month. Already the Fortress Antonio in Jerusalem had been garrisoned with two cohorts of Praetorian. Before Cornelius made his return to Capernaum, Arturos told him that the Governor has shown interest with Cornelius’ reports. Since, the insurgent problems are mostly concentrated in the Galilee region, he is still ordered to stay in the area.

It was mid-day, when Cornelius returned to his house. As expected, Jacob was there eagerly waiting for him with news.

“Jesus was at the synagogue!” He called out even before Cornelius can dismount. “He was there at our Sabbath meeting! Oh, if you were only there yourself to listen to him. At the lake I said he was a masterful teacher. That praise does not do it justice. I have been a scribe of the law for over thirty years and even I cannot teach and explain the Scriptures the way he did. For one so young, he spoke with conviction… with such authority like he himself was the sole author of the law. It was an eye opening experience that I thought I would never relish again in my old age.

“Then this man barged in making such a commotion. He was crazed out of his wits. I have seen this man before roaming the streets talking to himself. He was one with an unclean spirit. He pushed his way into the center and no one could hold him. He pointed at Jesus and said, ‘What business do we have with each other, Jesus of Nazareth? Have you come to destroy us? I know who you are, the Holy One of God!’ [Mark 1:24 NASB]

“While we all backed away, like from a rabid dog, Jesus stood there calmly. I saw no anger or judgment in his face for this unholy creature. I did see pity and compassion when he told the man to be quiet. Then he took a step forward and commanded the unclean spirit to come out. The man collapsed and began thrashing violently on the floor like a fish out of water. His face was contorted like in such pain and then he suddenly calmed down. Like waking from a deep sleep, he opened his eyes and asked where he was. The whole room erupted with amazement that no one noticed the Nazarene had left quietly.” Chuckling to himself, “When I left I noticed my old colleagues, both scribes and Pharisees, arguing among themselves on what to make of all this.”

“Oh, how foolish of me not to say right away! He has been staying in the house of a man called Simon Peter. I heard that the mother of his wife was with fever and this Jesus healed her. So, since yesterday, the house has been inundated, day and night, with all sorts of people bringing their sick.”

“Come! Let me change and then we will go to this house.”