SPYING IN A TREE – Capernaum, Galilee 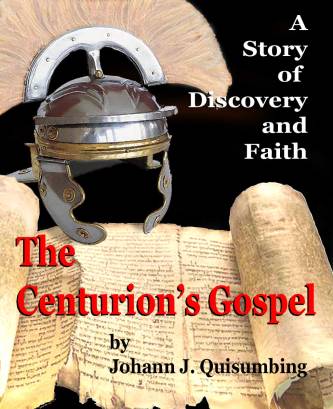 That night, wearing nondescript clothing, Cornelius and Cestus went back into the city. Cornelius recalled that Elan’s house was located near the western edge of the Jewish sector of the city. As soon as they reached the Jewish sector, they became even more careful traversing the almost empty streets and alleys. As much as possible they walked within the dark shadows. It took them forty minutes when they finally reached the house. The house was in a corner of a block of houses. From the shadows across the street, they quietly watched a few men entering through the gate leaving two guards outside. Cornelius and Cestus went back down the alley they were on, careful to stay always in the shadows. They had to circle three blocks before they finally arrived at the back side of Elan’s house. Fortunately, it was not guarded. Cestus tiptoed to the corner and took a peak at the guards who were content to stay by the gate. The wall was about the height of two tall men, but Cornelius saw that a big branch of a tree from inside the courtyard broke through the wall a quarter of a way down from the top. Cornelius motioned Cestus to give him a lift up so he can stand on his shoulders which was just good enough for him to get a hand hold on the thick branch. He pulled himself up into the tree and got his first view of the courtyard. Through the branches of the tree, he could just make out about forty or so men gathered around a blazing fire in the middle of the courtyard. They seem to be finishing up a meal that would be traditionally served before they conducted this meeting. Knowing that all these men would lose their night vision because of the fire, Cornelius confidently climbed down to the lower branches so he would be able to listen to the meeting.

The meeting started with the old rabbi from this afternoon offering a prayer, then Elan stepped forward to speak about some synagogue business. The older men were content to listen to all that Elan was reading. But Cornelius noticed a group of ten young men grumbling among themselves.

“Elan! Stop with this babble!” Stood one of the young men. “We are here to demand why you allowed this foreigner… This Roman oppressor into our holy place.”

The old rabbi stood up and calmly said, “Simon, son of Nissim of Cana. Have you forgotten about Antonitus, a proselyte from Greece who joined us last year? This man Cornelius is no different.” Many of the old men were nodding.

Another older man stood up. Cornelius recognized him as Jacob’s cousin. “This man is different. He is well versed in the Torah as well as the prophets. He had learned this under the tutelage of my cousin, Jacob, who has returned from a distant land. And he has a love for our people. It was he that rebuilt the synagogue in Bethsaida after it was torn down by the soldiers. And he was punished for it. I was there! I saw this!”

Another man stood up and joined in, “Let us not forget that he has shown generosity among us as well.” More of the older men also gave their support. Cornelius could not help feeling a little touched, but he also felt guilt. The young men including Simon of Cana started to argue with the older men. It was not long that they started to cast insults as well. Then Elan raised his voice.

“Enough! This matter had been settled by the council. This man is welcomed in our community as is written in laws of our father.” Then he pointed at the group of young men. “I know your ways, Zealots! You will in no way harm him.”

Grumbling among themselves, the men made their way out to leave. Cornelius quickly climbed back up the tree till he came to the wall. He had to wait a moment for his night sight to return. Then he saw Cestus coming out of the shadows, cross the narrow street to the wall and helped Cornelius down. They both rushed to the corner in time to see the group of young men walking their way. The group paused and called out, “Who’s there?”

They quickly retreated back into the narrow street and ran. Hearing running footsteps behind them, Cornelius could just make out the glow of torches behind him. Fortunately, they already traversed this part of the city and were confident they would not be cornered. After running down several streets and always in the shadows, he finally motioned a halt.

“How far back do you think they are?” Cornelius asked.

“Not too far.” Cestus back tracked a little ways and peered down a street that they turned left from. When he came back, he said, “I can hear some dogs barking about two blocks down but I saw no lights.”

Cornelius was hoping to follow the zealots back to their lair. But he was satisfied that he has a name to go with a face. Simon the Zealot.