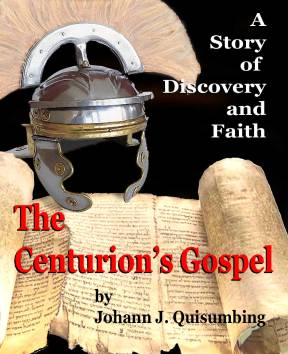 The fort was in shambles. It sat on a low rise that overlooks the lake. Located about three miles from Bethsaida, it’s design is typical of most Roman forts. It was built rectangular with rounded corners and can accommodate six hundred men – two cohorts. This one was built over forty years ago to guard the fertile valley from desert raiders from the east. The walls, made from timber, were supposed to sit above an earth rampart but because of forty years worth of erosion with practically little to no maintenance, Cornelius noted several sagging breaches along all four sides. If they were attacked right now, the fort would be inevitably lost. There are six towers set in intervals along the perimeter but two of them are in such disrepair that it’s not safe to man them. Cornelius didn’t even bother inspecting the ditches outside the walls because they were non-existent.

It’s been two days since they arrived. After Cornelius had a heated discussion with the fort’s commander (who was of lower rank) about the unnecessary destruction of the village’s prayer place – called a Synagogue – and the incredibly shabby condition of the fort, he gave him his relief orders and the next day, the auxiliary troops packed up and left the fort to return to Caesarea Philippi. This left his own troops at least a week’s worth of clean up duty and the proper refurbishment of the fort. Cornelius stood watching the ongoing progress on the third level of the only sturdy structure situated at the center. He heard familiar footsteps approaching.

“How is the work going, Flavius?”

“We are focusing on the outer defenses first. We commandeered over a hundred locals to dig out the ditches. Our own lads are using that dug-up dirt to shore-up the breaches on the earth ramparts. I have men in the forest getting us timber to replace the rotted wood in the palisade and also repair the towers. I figure we will complete the repairs by week’s end.”

“I have to the go and pay my respects to the Tetrarch of the region, Herod Antipas. I’ll be riding to Tiberius.”

“Yes… he named his city after our glorious emperor hoping to curry more favors. He still hopes that the emperor will give him control of Jerusalem and the Judean region. But the emperor will not give it back to the Herods… ever, I think.”

“Hold on! We are stationed in his region. Do we get ordered around by this… Jew?”

Cornelius was smiling inside. He was tempted to correct Flavius and tell him that the Herods were not really Jews. However, there was a kin relationship. The old Herod king, who ruled this entire region because of his close friendship with Augustus Caesar, was originally Idumean. In the first book of Moses, the miracle son of Abraham and Sarah was Isaac. He married Rebekah and gave him twins, Esau and Jacob. Jacob became Israel, the chosen of God. And Esau became Edom, the rejected. There was enmity between the two brothers that have been passed on to generation after generation. Idumeans are the final descendants of Esau. It is ironic, Cornelius thought to himself, that Esau’s desire was to rule it over Israel. Generations later, his descendants succeeded.

“No! We are here to keep the peace. Our presence is for show only. We are a reminder to Herod that Pontus Pilate is the Governor,” Cornelius said. He then turned and walked towards the stairs that led to his quarters. “I will take Cestus with me and twenty cavalrymen. You get them ready to ride in half an hour.”

When they descended into the second floor, just as Flavius was about to go down to the ground floor, Cornelius turns to him and said, “Oh, Flavius… try not to lose the fort while I am gone.”

Flavius laughed as he went down the steps. Cornelius walked briskly down the corridor and entered his quarters. Jacob had laid out his formal armor. He cringed a little at the prospect of wearing that heavy armor which is good only for pomp and ceremony. He also noted with trepidation that the red cape was laid out as well. “Jacob?” he called.

His old tutor came from a curtained alcove with Trax obediently following. They then started to help him put his armor on.

“I will be gone for two days. Why don’t you go to the village and visit your kin? And to keep this rascal out of trouble, bring Trax with you.” Cornelius playfully shoved him away. Trax clapped in excitement and grinned.

“It will be good to visit my brother.”

“While you are at it…” He goes to a heavy chest and pulled out a pouch of coins. “Find the elders of the village and give them this. There should be enough there for them to rebuild their Synagogue.”

“You are a good man, Cornelius.” He did not think so. His motives for the money is to work his way into the hearts of the locals, so he can spy on them better. Jacob noticed him brooding in thought. “Is it right with you, my boy? Are you worried about something?”

He shook his head clear and smiled reassuringly. “I am fine, my old mentor.”