WHY WE NEED A SAVIOR – SIN DOOMS US

God will repay each one according to his deeds. [Romans 2:6]

God says…
Behold, every soul belongs to Me; both father and son are Mine. The soul who sins is the one who will die. [Ezekiel 18:4]

But there is still hope.

For the wages of sin is death, but the free gift of God is eternal life in Christ Jesus our Lord. [Romans 6:23]

…so that, as sin reigned in death, even so grace would reign through righteousness to eternal life through Jesus Christ our Lord. [Romans 5:21]

Sin is such a hefty subject to contemplate. Let’s have a conversation. Please contact me here at Facebook MESSENGER by audio from 3-5pm Monday to Friday. Scheduled small group chats can be organized as well. Or send me a message HERE. 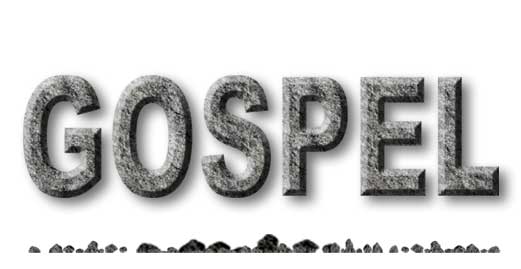 In my last posting, I asked…

Do you want your name to be in the book of life?

But how? This is where the GOSPEL come in.

The Gospel in Greek is ‘euaggelion’ which means ‘good news’. In the Bible, the term ‘gospel’ appears about 99 times. In essence, it is the sum total of God’s message for all of humanity; a message of salvation.

But yet a greater number of people have rejected His gospel… His good news. I include myself some 40 years ago. I heard His message from many who willingly shared the gospel to me but deep down I could not connect.

For myself, I could not connect because I did not believe I needed salvation. I’ll reserve my detailed testimony for later posts. For now, let me just say that my mind was changed for the good because of what I discovered from this question:

Again, for myself, it was when I understood how the BAD NEWS affected me, I saw the true value of the gospel and I acted upon it. So, from here, we have to seriously look at the bad news. This is not going to be easy because each of you have to take a very hard look at your own spiritual condition.

In my last post entitled, ‘DOES JESUS KNOW YOU?’, in the end of the Sermon of the Mount, Jesus gave a ‘nutshell’ picture of a prophetical end time scenario of those people who pleaded to enter eternal life. They thought they were secured but instead they were rejected by Jesus.

Ouch! I don’t think anyone want to hear that! But Jesus intended everyone to seriously take heed especially those who were first to hear of it on the Sermon of the Mount. You see, his audience, some 2000 years ago, stood on a small mountain not too far from the ancient city of Capernaum, overlooking the Sea of Galilee, all believed that because they were the ‘chosen’ people, they were ‘OK’ in God’s sight. Every Jewish child grew up with this basic principle.

But Jesus had a rude awakening for them.

For I tell you that unless your righteousness surpasses that of the Pharisees and the teachers of the law, you will certainly not enter the kingdom of heaven. [Matthew 5:20]

Buckle-up, people! This is going to be a bumpy ride for you. By definition, anything that goes against God’s will is SIN. And SIN is the core of the BAD NEWS part of this message and mankind… you… will be affected by it.

…for all have sinned and fall short of the glory of God… [Romans 3:23 NIV]

…everyone has sinned and is far away from God’s saving presence. [Romans 3:23 Catholic Bible – GNT]

No matter what we believe, we all have and continue to sin for as long as we are still in this world. And because we are not able to avoid sin, we fall short of God’s ideal.

Jesus described it as a great chasm between you and God… that is unreachable by you and me.

Here we go. This is going to be hard for you to take in. But keep in mind the truth of the word and take on a position in humility. (Trust me, this will free you. I’ll explain later in my other posts.)

Sin brings on death and it started with Adam & Eve in the Garden of Eden. We are the inheritors of this.

Therefore, just as sin entered the world through one man (Adam), and death through sin, and in this way death came to all people, because all sinned… [Romans 5:12]

What is Death? Death is the permanent cessation of all vital bodily functions or the end of life. We have seen it. We know about it. We fear it. And we eventually expect it to happen to us. There is no escape!

And by the way Romans 3:23 implements the term ‘wages’, because of sin we EARNED death. We deserve death!

Ouch! Take a deep breath for we had not reached the worst part of the BAD NEWS.

Death is not just physical! When we die, we don’t just cease to exist. When God created mankind, He created us in His image. That means (according to His word) we are not just physical creatures, we are also ‘SPIRITUAL’ like Him… well, not exactly like Him for God is without sin. Eternity is our destiny. The only question is DESTINATION.

But the cowardly, the unbelieving, the vile, the murderers, the sexually immoral, those who practice magic arts, the idolaters and all liars–they will be consigned to the fiery lake of burning sulfur. This is the second death. [Revelation 21:8 NIV]

But cowards, traitors, perverts, murderers, the immoral, those who practice magic, those who worship idols, and all liars–the place for them is the lake burning with fire and sulfur, which is the second death. [Revelation 21:8 Catholic Bible – GNT]

The final place for sinners is the second death… that is HELL!

This is the place that every sane person should fear. But I have met a great number of people who have a nonchalant approach to hell. Some have even joked that hell was a place to party. I truly fear for them. The Bible provides a much more scarier description besides being the lake burning with fire and sulfur.

From the oldest book of the Bible (Job) to the last book (Revelation), darkness is consistently associated with hell. Job writes of a “land of deepest night, of utter darkness and disorder,” (Job 10:21-22) a “realm of darkness” (Job 17:13), even a “day of darkness” (Job 15:23). Other references throughout the Bible include:

For myself, this verse in Isaiah 66 scared me the worst. Boy, do I hate the thought of worms eating in me forever.

“…the worms that eat them will not die, the fire that burns them will not be quenched, and they will be loathsome to all mankind.” [Isaiah 66:24]

To sum it all…

“Hell is total, conscious, eternal separation from the blessings of God. People think of it as a lake of fire and that certainly is a biblical image. Also, the Bible describes hell as lashing or scorpions or darkness where there’s great gnashing of teeth. There’s not just one biblical image of hell. Hell is a place for the soul of extreme torment by being separated from the blessings of God.” [by Bryan Chapell, Christianity.com]

In Hell, there is no reprieve… no pardon… and there is nothing any person can do. Just an eternity of ‘weeping and gnashing of teeth’. (Matthew 13:50)

I truly hope you now understand how the BAD NEWS involves you.

In my next post, I will lay out for you why the gospel is GOOD! FANTASTIC! Until then, I offer you this iconic verse for you to analyze and meditate on. It will blow your mind.