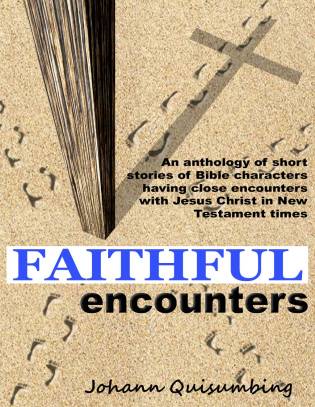 The priests told her that some three generations or so, the city was in the midst of a great pestilence. Epimenides of Crete, a prophet of great fame, came to the city at that time. It was he that counseled a rather odd plan after the sacrifices to the other known gods resulted in nothing. Flocks of hungry sheep were to be let loose throughout the city and the surrounding districts. Priests and their acolytes were to follow the sheep and observe them. Epimenides had instructed them to take note of any hungry sheep that stops to rest instead of naturally racing to the fields to graze. He also suggested that the sheep may identify which god was strongly offended by the Athenians. Skeptics were surprised that a great number of sheep did not graze but instead rested in numerous clusters in different parts of the city, none in front of any temple. Wherever the sheep rested, the priests erected an altar and sacrificed them there. Epimenides then declared that the god that was offended was a foreign deity and altars to this god was to be erected. Not long after, the plague ended.

Elpida was so intrigued that she would pester her teachers about this god, but most offered very little. She finally left that temple, moved to Athens and hounded the wise men of the different temples. Many speculated about this god but she was not satisfied. Eventually, her single mindedness for this foreign god had branded her as a heretic and was being driven out of the city. Her relatives told her that maybe she should return to the land of her birth.

“And so, you returned here in Sidon,” said the old cart driver. “I take it your travels down south not once but four times have something to do with your search and your daughter. How is she?”

“You are perceptive,” she smiled at him. “Before I left her over a month ago, Yllana was showing signs of no more than two evil spirits tormenting her. At times, one or both spirits would cause her to fall on the floor and shake uncontrollably. It was painful to watch. I have seen this before.”

“So have I, especially among the Jews. And I have also heard of a Jewish teacher with wondrous healing power. I take it that was your reason to go south.”

“Yes. I heard from a friend who was recently healed by him that he was in the Capernaum area. I missed him by a week.”

“So, is there a connection between him and your mysterious unknown god?”

“I will know when he heals my Yllana.”

“When! You sound convinced. Besides the rumors, what made you think that this Jew can do this?”

“This is an even longer story to tell.”

“Wait!” The old cart driver hopped off the cart and went to the front. Elpida heard him whistle and gave some instructions to someone in Arabic. Then he quickly came back to the cart and jumped back on. “The oxens are tied to the cart in-front, so, we will not stray off the road, and we are still half a day out of Cadasa. I am all ears.”
———————————————–

I hope you are enjoying the 37th segment of my ebook, FAITHFUL ENCOUNTERS.