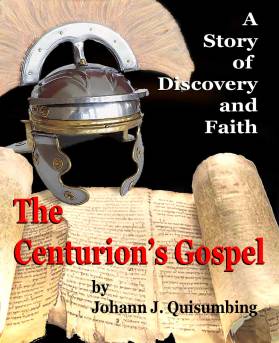 As Cornelius grudgingly climbed the steps to his quarters, he saw Jesus being led underground. Cornelius, however, did not go to his quarters. He ended up knocking on Lady Pheobe’s door instead. It was Trax who answered.

“Yes, sir. She’s been expecting you.”

Cornelius was led to where the Lady Pheobe was being served by Jacob.

“My Lady, forgive my intrusion.”

“No, Cornelius. Jacob, Trax and I were concerned for you. You must be tired.”

“My Lady, I am a little tired. But that is nothing with what Jesus is going through below. My Lady, I fear for his life. Can the Lady Procula intervene with the Governor?”

“She did try. Last night, she had a disturbing dream of him. She wrote a note to her husband to have nothing to do with that righteous man. She pleaded for his release.”

“That is something, anyway. I pray that all Jesus will get is just a flogging. He’ll heal from that. But I fear the Governor is being pressured to execute him because of the political weight the priesthood have with the Senate.”

He stayed with the Lady for about thirty minutes when there was desperate knocking on her doors. Cestus quickly entered with disgust written on his face.

“Sir, you must come down and stop those Praetorian scums before they kill him.”

Both men rushed down to the lower levels, where Cornelius was faced with a grisly sight. Jesus was sitting slightly bowed being mocked by a handful of men. The grisly part was that Jesus’ back was grossly torn to a bloody shreds. His face was swollen and bloody with a deep cut over his right brow. But that was not the worst part. Someone fashioned a crown of thorns that were about one inch long. The crown was probably pounded into his head because the thorns were dug in half way. Blood was gushing from his scalp down his face. His face was unrecognizable. The soldiers started to laugh wildly as one of them roughly placed Herod’s purple robe on him and started declaring “Hail, King of the Jews.” 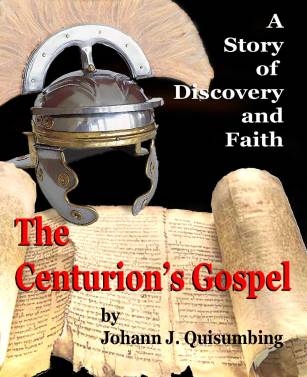 Back at the antechamber, Pilate was reading a note when they entered with Jesus dressed in a royal robe.

“So, Herod made no judgment call and is leaving it all to me.” Raising the note up, he said, “Even my wife says that I should not get involved with him. Bring him closer.”

They brought Jesus closer to him.

“So, tell me, Jesus of Nazareth, are you truly the Kings of the Jews?”

Jesus spoke softly, “May I ask? Is this your own question, or did others tell you about Me?”

“I am not a Jew, am I?” Pilate retorted. “Your very own people and the priests brought you to me for trial. Why? What have you done?”

Jesus responded, “You say I am a king. Actually, I was born and came into the world to testify to the truth. All who love the truth recognize that what I say is true.”

Then he stood up and they all started for the gate. Again the trumpets blared. Pilot took his place on the gilded throne.

“The Tetrarch Herod had made no judgment on this man. For myself, I find that this man had not warranted death. However, for the sake of peace and order, I am ordering that he be flogged.”

The High Priest and his followers demanded more. They moved among the crowd and riled them to chant. Though many knew not what they were chanting for. Meanwhile, Cornelius was protesting to the Governor about the flogging.

But then the Governor turned on him, saying, “Enough Centurion! You are losing your perspective. I think you are too close to this. Be content he is just being flogged. Now, you go to your quarters and stay there. Dismissed!” To Marcianus, he ordered, “After the flogging, have him brought back and also have Barabbas brought here as well.” 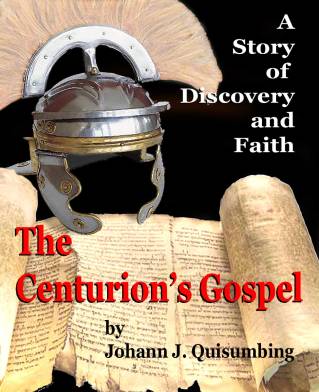 Then Caiaphas stepped forward and called out, “Hail to you, oh glorious Governor. We have brought before you a man who we found misleading our nation and forbidding to pay taxes to Caesar, and a blasphemer of our God by saying that he himself is King.”

Pilate then asks, “Why do you not take Him yourselves, and judge Him according to your law?”

Caiaphas answered, “By your own declaration, we are not permitted to put anyone to death by our tradition. We demand that you execute him as is according to Roman justice.”

“Priest! By Roman justice I find this man is not guilty because he has angered your God.”

“But Governor, this man stirs up the people, teaching all over Judea, starting from Galilee even as far as this place.”

“Hold! Is this man from Galilee? Well, well priest. You have brought him to the wrong court. He is under the jurisdiction of the Tetrarch Herod Antipas. Fortunately for you, he is here now as our guest. We will do you the favor by sending this man to him. Let him decide.”

“But, sir,” Cornelius said in protest. But Pilate raised his hand for silence. Leaving no room for silence.

Bragga pushed Jesus toward the gate escorted by eight of Bragga’s men. Cornelius took his leave and followed with Cestus in tow. They went up two levels and entered the Northeast tower. They entered a large room. Herod Antipas was there enjoying his breakfast on a well laid table of food. He was festively surrounded by his people. When Herod saw Jesus, he was extremely pleased.

“So, you are Jesus! I have been so wanting to see you for a very long time. I heard you once called me a fox, but you are the fox. I have sent many men to hunt you down, but you have managed to elude them every time. And now you are here before me at last!”

“You know, my father so wanted to get his hands on you, especially since he missed killing you thirty years ago. I remember how he and my brother gloated so much on how they were so clever to kill all those children to make sure prophesy did not come to pass. Well, the joke was on them. God struck them down and now, you are here before me. So come, Jesus, show me a sign. Do a miracle.”

Cornelius watched helplessly as Herod and his lackies pelted him with questions and demands to see some magic for twenty minutes. But Jesus just stood there and stayed silent. Finally, Herod who was obviously drunk mocked Jesus about being King of the Jews. He called for his robe made from some kind of deep purple silky material told them clothed him with it. Then they bowed mockingly to him until Herod tired of the sport and so had him returned to Pilate.